How the Olympics can help your business.

As one of the most effective marketing platforms in the world reaching billions of people.

How the Olympics can help your business

‘The Olympics are one of the most effective marketing platforms in the world, reaching billions of people in over 200 countries and territories throughout the world’

The Olympic Games are going to Rio this year, and ever since the very successful London 2012 Olympics just four years ago many of us are eagerly awaiting the Games to start. Sporting events as colossal as the Olympics tend to take the world by storm, and it has led to what we now call; ‘Olympic fever’. A sudden sense of patriotic excitement, which is uncontrollably contagious. And every 4 years it captivates the British public.

Here at Sharon Lee we want you to catch ‘Olympic fever’. Olympic Fever in the streets of London

This image alone shows how much the country showed support for the 2012 Olympic Games. A cheerful gathering, pouring through the streets of Central London showing their support to the United Kingdom. This is truly what makes sporting events as big as the Olympics special.

The sales of sportswear and clothing increases significantly whilst the Olympics is on and that includes hats. If you didn’t know already (where have you been?) we at Sharon Lee Limited specialise in hats and can help establish and advertise your client’s brand. Clothing is a great way to sell the company ethos whatever it may be. There’s no reason as to why you cannot take advantage of such an easy selling opportunity.

Adidas was one of the main sponsors of the 2012 Olympics and in fact had sole rights to all promotional garments worn in and around the Olympic village.  It was evident that the advertisement and the hype surrounding the London Olympics significantly increased sales for the company. Going from £487.9 million in 2011 to £540.7 million in 2012. With a nation high on Olympic fever, this became the winning lottery ticket for the clothing brand.

So how can the success story of Adidas translate into success for you and your clients?  Well, it simply comes down to good planning – knowing what events are coming up, investigating the sponsors and speaking to the right person about their marketing and promotional needs running up to and during the events.

Fair enough, the chances of you getting a massive gig like Adidas this close to the Olympics is slim, but with sports fever at an all time high there are loads of triathlons, charity cycle events, marathons, charity walks and golf tournaments to choose from……..we think you get the message.

With even a stone statue joining in on the movement, “sprint” to the phone to contact our team now and don’t miss out on any of our special offers. For further information or to speak to one of the sales team please feel free to contact us on 01376552235 or email  info@sharonleeltd.co.uk 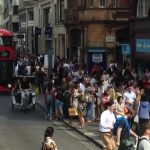 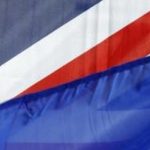 Next post ARE YOU BASED IN EUROPE? DO YOU SELL TO EUROPEAN CLIENTS?