Modern Slavery in the clothing world.

Where do you stand on modern slavery?

Modern Slavery in the clothing world.

Where do you stand on modern slavery?

It’s hard to believe that in 2018 slavery is not only present but is often seen as a massive problem in the manufacturing of clothing. As seen in a recent Drapers article, ASOS have taken a stand against forced labour and hosted a modern slavery event in Mauritius on February 22nd 2018.

In the aforementioned article, Drapers state:

‘The event, being held on 22 February in Port Louis, Mauritius, brings together local and international stakeholders to discuss labour migration and to agree a common framework for improving worker protection in Mauritius and beyond.’

It isn’t just ASOS taking a stand against slavery however as Drapers go on to write about other retail giants attending the event:

‘The day will include presentations and talks from the Mauritian and Bangladeshi governments, the International Labour Organisation, the IndustriAll Union, the Ethical Trading Initiative and Anti-Slavery International. Also attending the event are executives from other fashion brands manufacturing on the island including, Adidas, zLabels, Puma, Woolworths and Whistles, among others.’

‘We’re grateful for the support of the British High Commission, the Mauritian and Bangladeshi governments and the many other speakers and guests attending today’s event. The hope is that by sharing experience and expertise, we can encourage efforts to prevent exploitation during recruitment, and engage governments to effectively enforce legislation to protect migrant workers. Ultimately, we believe this collective approach will help to protect the rights of workers in Mauritius, particularly those who are most vulnerable.’

This isn’t a one off either as Drapers go on to state:

‘In March, Asos will be co-hosting an event at the House of Lords with Baroness Lola Young, co-chair All Party Parliamentary Group on Ethics and Sustainability in Fashion and Anti-Slavery International, to identify and address shared risks in the clothing sector for its supplier base.’

Here at Sharon Lee, we are strictly against any form of slavery and do not use factories in the Far East unless they are successfully audited to international standards. We have full SMETA audits and we are supremely comfortable in our moral stance, which is shared and upheld by our partners in other territories of the world.

As the world takes more of an issue with immoral working practices it becomes ever more important for brands and retailers to work with a company that takes this seriously… and we do!

Whatever the weather this winter, we have a great range of Promotional and Retail quality headwear to keep your client’s head warm, and better still we have created a PLAIN label catalogue ready for you to download and send to your clients – totally FREE of charge.

For more information about any of the above please contact the sales team on 01376 560380 / info@sharonleeltd.co.uk

For a better insight into all the changes that have happened at Sharon Lee last year, head over to our recent blog – A FULL RECAP OF EVERYTHING WE HAVE INTRODUCED IN 2017 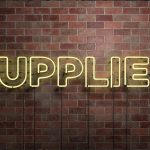 Previous post Attributes to consider when choosing a supplier. ›